A few months back I met one of my long time friends for lunch at an UWS (Upper West Side) establishment, Barney Greengrass.  Greengrass is a long long time (since 1908!) establishment on Amsterdam in the 90’s known for it’s smoked fish (it’s a Jewish thing!) and not taking credit cards! We walked for blocks and talked, as we always had.  I couldn’t help but notice the many “For Rent” signs in windows.  The small businesses of my childhood, ones where the proprietress or proprietor knew you by name or your family by name were long gone, but now even their replacements were being shuttered.  High rents have made it nearly impossible to own the type of shops that made the UWS my UWS of the 1960’s and 70’s. 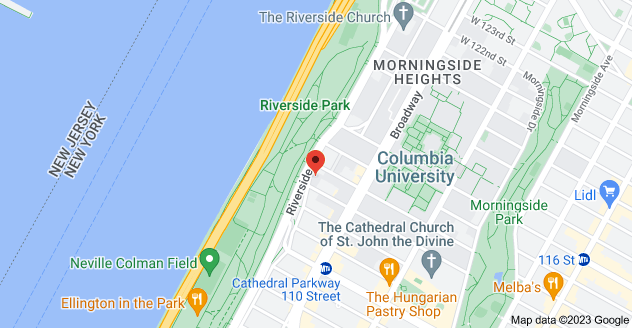 I grew up on Riverside Drive by Columbia University.  My building was one of those grand limestones with a carriage drive, pillars and huge picture windows across the street from the park.  I lived there for 23 years with my parents until I got married.

I knew Tom’s Diner long before there was a Seinfeld, Mama Joy’s for deli sandwiches, The Columbia Men’s Shop for college clothes to wear when your parents came to visit, the stationery store on the corner of 113th and Broadway that my father nearly bought, Simmons Gift Shop for presents that a 10 year old might buy mom for her birthday or a house warming gift, Daitch Shopwell where my mother did her “big” grocery shopping and Party Cake on 110th Street for linzer tarts and special cupcakes for each holiday!  (a Valentine cupcake, a Chanukah cupcake, a Christmas cupcake)  Of course, there was the 5&10 or Woolworth’s on Broadway and 110th for literally everything from Maybelline makeup to buttons to underpants and bras! This is where my mother told me it was okay to sample their hard candies in baskets because that’s what they were there for!  Luckily, this didn’t lead to a life of crime! These are some of my memories of a childhood spent on the UWS, 113th street, too far uptown for  many people who felt uncomfortable going higher than 86th Street in those years. Riverside Drive was always special, it was my playground, it was where I learned to ride a bike, where my mother sent me to hang when our apt was being painted or wall papered.  It was where I played in the dirt or in the sandbox, went down below (that’s what we called the lower level of the park) to later study in high school or to hit a ball against the wall to practice tennis, picnic on a hot summer Sunday and read The New York Times.  Life was simple, or so it seemed and I loved it.  It felt like a neighborhood, people lived in their rent controlled apartments forever!  Why would you leave when you were paying $350 for a 2 bedroom 2 bathroom apt with a huge living room and full kitchen!

Today, every corner has a bank or a Duane Reade Pharmacy.  Small businesses stopped being able to afford the UWS a long time ago.  A few still remain from my childhood, but they are very few, Mondel’s Chocolates, which my best friend’s aunt and uncle owned,  The Town Shop further down on Broadway, Zabar’s  of course, the V&T for pizza (every Columbia student knows it well, and The Hungarian Bakery for dessert after you eat pizza! They have withstood the test of time.

We were middle class and everyone I knew was just like me.  Perhaps, they had a little more or a little less, but we were so similar in values, in philosophy, in morality, in politics.  It might have been the most integrated area in the U.S.  I went to school with Hispanics, Blacks, Poles, Irish, Jewish, Catholic, and a few Chinese. I can’t remember any WASPS, but they probably lived on the UES! Too many halfway houses, slum lords, and SRO’s at that time. The cuckoos kept to themselves.  Mental health wasn’t well understood  and if you didn’t bother them, they didn’t bother you.

The question is do you remember life a certain way because that’s how it was? Or are your childhood memories viewed through rose colored glasses with the soot and grime removed?

I feel fortunate to have grown up when I did and in the place I still love best.  I scattered my mother’s and father’s ashes over Riverside Drive Park at 113th Street because it was their happy place too.  (Don’t tell anyone!  I’m sure I needed a permit!)

. “Nostalgia can be a treacherous mistress because she glamorizes the past and downgrades the present in a way that threatens to make them both intolerable.”

If you enjoyed this, please feel free to pass along to your FB friends